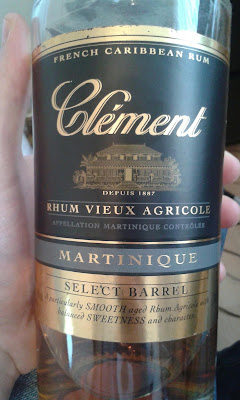 There aren’t many upsides to hangovers, but I can think of a couple:

The guilt they induce serves as a kick up the arse: a push to do something productive as soon as you’re able, to make up for having had to mope around doing very little while the hangover lasts.

(Entirely by serendipity, I’ve just discovered that a word for this is metanoia, meaning a life change resulting from spiritual conversion or penitence, from the Greek metanoein, to change one’s mind. I discovered this while looking up the definition of metonymical, which I mistakenly thought was spelled with an “a” (meta-), for the next paragraph but one: I had hoped it might be an adjectival way of describing something as being meta, in the sense of having a recurrent higher order.)

However, it’s a second upside I’m more interested in here. (Although it’s related to the arse-kicking upside, in that it also has implications for productivity.) It’s that I think differently when I’m hungover.

I’m convinced this is true. When I’m hungover I'm more observant; I'm more inclined to think and to think at length; I tend to think about deeper and more complex subjects; a broader range of ideas seems to be available to me; and I'm more productive in my thinking.

I don’t think this is narcissistic: I make no claims to think well in any state, it's that I have thoughts and ideas when hungover that I wouldn’t otherwise have – or at least not as readily. The ideas underlying many of the posts on this blog came to me when I was hungover - including, predictably but pleasingly metanymically (see above: I’m coining the term. I never use the word metonym anyway: that’s why I had to look it up), the idea for this one.

I’ve recognised this for a while: I’ve long thought it helpful to consider important decisions while sober, drunk and hungover, partly because I spend not-insignificant portions of my life in the latter two of these three states, so it’s only fair for my sober self to take my drunk and hungover selves’ opinions into consideration, but also because I know that being drunk or hungover might facilitate inspiration.

Is this property of hangovers particular to me, or is it true for everyone? I don't know. There must have been reams written about the effects of alcohol, but I haven't read much of it. I know Hemingway said that whiskey put his thoughts on a different plane, but I assume he meant on imbibing, not the day after.

I doubt there’s been much if any research into how substances affect thought patterns beyond matters of addiction and impulse control. There ought to be. If anyone knows of any or has any good references on the subject, please do leave them below.

Meanwhile, I need to get up off my arse and do something with my day.
Posted by @CLANicholson at 09:56