Pupil constrictions to photographs of the sun 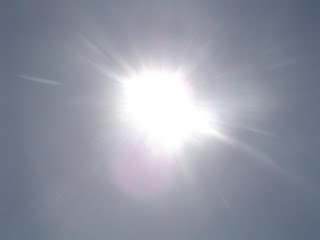 
If you clicked through to this page via the Google homepage, which is almost entirely white, the amount of light your screen is pumping out will have decreased when the page loaded, because much of the above photo is blue/grey.

But your pupils will have constricted, not dilated, because the photo is an image of the sun.

That finding was reported by Binda, Pereverzeva and Murray in a paper published in the Journal of Vision in May.

The paper, which is so pithily named I couldn't think of a way to better it for the title of this blog post, is freely available to read here. Binda et al showed eight people four sets of photos presented in a random order. One set of photos was made up of pictures of the sun, and the other three sets were precisely matched to these in terms of the amount of light a screen gives off when it displays them - their luminosity. These were the controls against which the pictures of the sun were compared. The control pictures were images of the moon, scrambled versions of the sun images, and uniform grey squares with no images.

You can see the images here.

The participants' eyes were tracked as the images were randomly displayed on a screen after an interval of maximum-luminosity blank whiteness. Each image therefore caused a decrease in the amount of light being given off by the screen, regardless of what was depicted.


Additional experiments ruled out some possible explanations for the finding that would have been due to weakness in the study design. Viewers' subjective impressions of the images' brightness were not responsible, nor was the effect due to the viewers focusing on the brightest parts of the sun images but not of the other images.

The study also ruled out the possibility of the effect being due to the sun images demanding less attention than the others. Although this might seem strange, the step was necessary because it is well known to researchers that tasks which require a lot of conscious thought cause the pupils to dilate - although the reason for this is itself unknown.

The effect therefore seems to be due to some subconscious phenomenon occurring in the brain: in the researchers' words it seems to be a "conditioned light-avoidance behaviour".

If you thought that pupilary reflexes were boring, I hope you've seen the light. 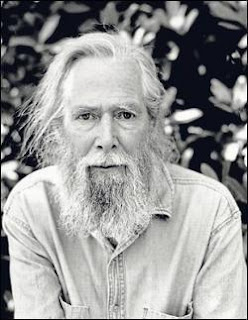 But whereas you might expect such a man to write a rather straightforward, masculine, Hemingwayan novel about wilderness, dusty plains, squinting into the sun, bare dry branches, callused hands, rocks, carts, mongrels, etc, instead Mr Savage has written - very, very ably - a tender, witty, thoughtful, surprising, delightful book about books, writing and life. And rodents.

I can't imagine how any book lover's life could fail to be enriched by the addition of Firmin to one of its knotholes.

"Infested is an interesting word. Regular people don't infest, couldn't infest if they tried. Nobody infests except fleas, rats, and Jews. When you infest, you are just asking for it."
Posted by @CLANicholson at 05:16 No comments:

I was out with a friend the other day, in a bar before heading to a gig. We were talking music, and my friend was trying to remember the name of a band. It was a tip-of-the tongue moment, and it was driving my friend nuts.

He could remember that it was a guy and a girl, that they were from New York, and that they had put out an album with a cover featuring a pair of shoes with blood on them.

Eventually he got out his phone and started searching. After a few unsuccesful search attempts, he started cursing Yahoo!, the default search engine on his iPhone.

Being a Samsung borrower, I then got out my phone and gave Google a try. I typed in 'album cover blood shoes new york', and looked at the hits.

The response was a very relieved affirmative.

Sleigh Bells popped up in the second hit that Google returned. My friend then tried that exact same search combination in Yahoo!, wanting to give it a last chance to proove itself. It failed.

At the time of writing, Sleigh Bells do not feature in the first 50 hits of either Yahoo! or Bing!. I am aware that Bing! now powers Yahoo!, but their returns are not the same at all, so it was worthwhile checking both.

According to this article on HowStuffWorks.com, Bing! focuses on four areas: shopping, travel, local and health. This perhaps explains Bing!'s inability to return what we were looking for on this occasion, although given that Sleigh Bell's album Reign of Terror is something I might well have wanted to shop for, I'm not sure Microsoft should be let off that lightly.

And Yahoo! have no excuse.

Obviously one trial proves nothing. However, fans of noise pop might want to consider downloading the Google app if they have iPhones. Or else start using http://www.bing-vs-google.com, whose name is I think fairly self-explanatory.


All that remains is for me to wonder whether the very act of publishing this blog post will change the search results of any of those three engines...?
Posted by @CLANicholson at 14:35 No comments: