For example, my bathroom window: 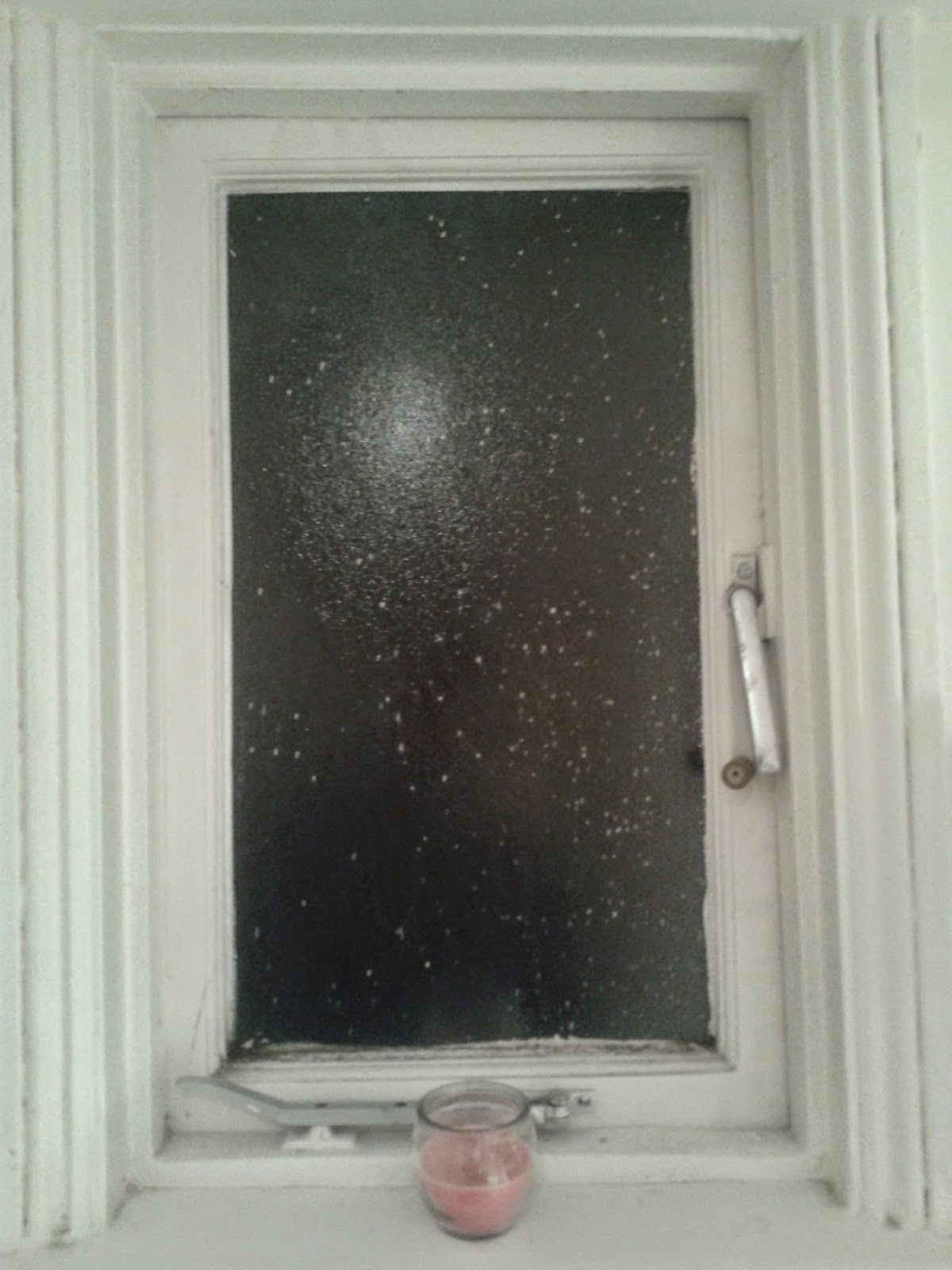 This evening I tossed a Pepsi cup off my seat on the tube, and after pinballing around a bit it came to rest against the lip of the metal grating just inside the carriage doors.

For the next three or four stops it rested there, being rocked just slighty as the doors opened and closed in the nigh-on empty carriage at each of Warren Street, Oxford Circus and Green Park.

It wasn't beautiful in itself, but somehow it seemed imbued with immense potential energy as it rested there unquietly. Almost planetlike. Of course, an 8-gram cup on a 1- or 2-degree slope would actually have negligable potential energy, but because it was resting against the open aperture of a tube carriage - a place from which you yourself would very much not want to be ejected at high speed between stations - its position seemed that much more precarious and momentous and meaningful.

Eventually a father kicked it off at Victoria, thereby relieving both my palpable tension and the guilt I'd been feeling at having unwittingly converted traveller detritus into the (not) very real possibility of catastrophic derailment. Yet even on the platform it retained some of its unlikely power, as person after person daintily avoided the delinquency of an accidental booting.

What does all this unlooked-for beauty mean? I for one am hoping for the rapture...
Posted by @CLANicholson at 15:13

Email ThisBlogThis!Share to TwitterShare to FacebookShare to Pinterest
Labels: beauty, rapture, regret this later, The Tube