Iraqi Art of the Everyday

The Iraqi pavilion at the 2013 Venice Biennale was housed in a building on the bank of the Grand Canal that is usually a rentable home base for wealthier tourists: the Ca' Dandolo luxury apartment.

The spot was chosen by Tamara Chalabi, chair of the Ruya Foundation for Contemporary Culture in Iraq, who also commissioned the curator for the event. She picked Jonathan Watkins, Director of the Ikon Gallery in Birmingham, who had previously curated several large international exhibitions.

On 26 February Watkins gave a talk about his curation of the pavilion for the annual Mallowan Lecture (don't know) for the British Institute for the Study of Iraq at the British Academy in London.

Watkins decided to showcase artists still resident in Iraq, he told BISI, and whose art deals with issues of everyday life, rather than directly with conflict or politics. Everyone would know about that already, he figured.

He chose to leave much of Ca' Dandolo's furniture in place, partly so that people would feel comfortable hanging out there for hours at a time, and partly to show the everyday art in an everyday setting. He even went so far as to have a baker making and serving Iraqi tea and biscuits in the apartment kitchen for the duration of the event.

Two of the artists Watkins mentioned in his talk stood out.

First the cartoonist Abdul Raheem Yassir (whose work, now that I think about it, doesn't seem to fit with Watkins' description of being apolitical) 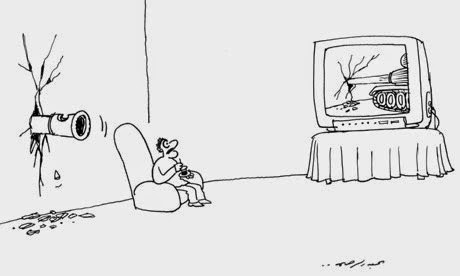 And second Akeel Khreef, who repurposes found detritus into useful and beautiful objects, like this table made from old bicycle parts (the tabletop is made from weaved old tires, the legs are forks and the feet are gears. I think the arches are mudguards): 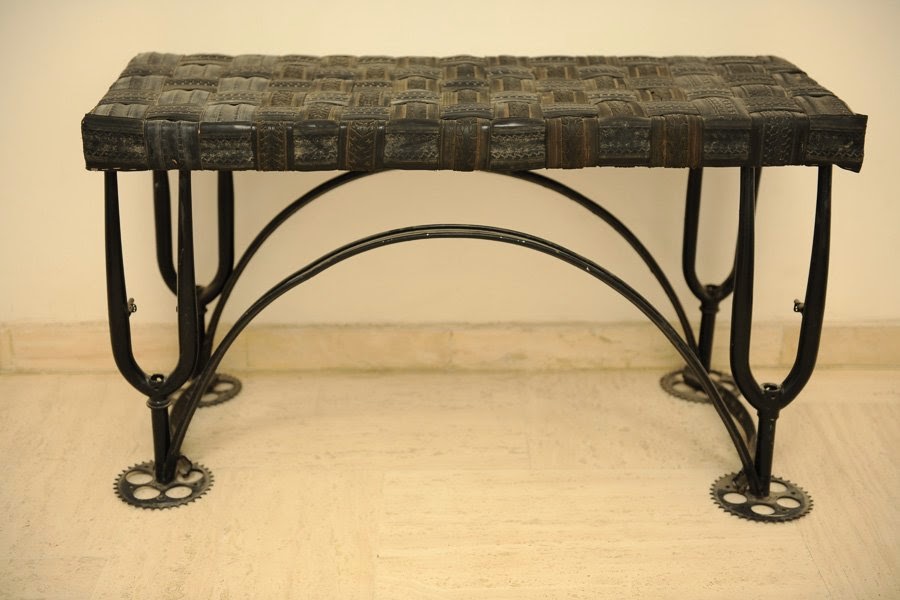 The artists all visited the pavilion in Venice during the event... Not all of them returned to Iraq afterwards.

You can hear Watkins talking about his work on the pavilion here, and here you can read interviews with him and Chalabi.
Posted by @CLANicholson at 14:28